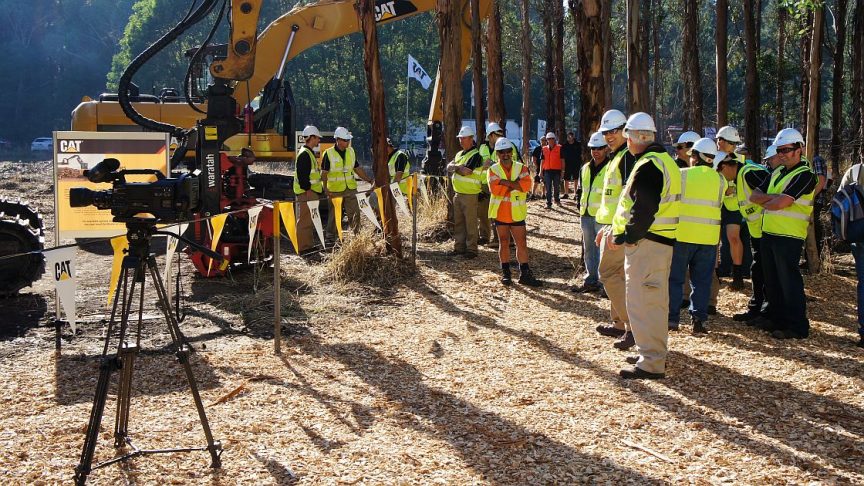 Another casualty of the recent bush fires in Australia is the four-yearly forestry show, AusTimber 2020 that was scheduled for early April. It’s now being postponed to later in the year. The response and recovery efforts to the bushfire crisis are significant and many people and businesses from our timber industry have been directly affected or are working tirelessly to support communities and regions across Australia.

The Australian Forest Contractor Association’s General Manager Stacey Gardiner said “the bushfire crisis will have a lasting impact on our industry and should be the focus over the coming months, as a result we have decided to reschedule AUSTimber2020 until November.”

Ms Gardiner added “AUSTimber is hosted in the central part of the Gippsland region and while we have been fortunate to remain safe, our concentrated support and thoughts continue to be with the communities and areas within our region and across Australia who have suffered loss and are continuing their bushfire fighting efforts.”

AUSTimber Site Manager, Mr Travis Healey said “Our focus is like many in our industry, we are sending our work crews and equipment where they are needed to support communities impacted by the devastating bushfires” Mr Healey, added “We were assisting the firefighting efforts in Queensland and now all of our crews are in north east and south west of Victoria.”

The decision to reschedule AUSTimber2020 required careful consideration of the impact on commitments already in place for the show, including to regional tourism businesses. However, ultimately the AFCA Board and the Planning Committee concluded that rescheduling would enable our timber industry to continue supporting bushfire response, recovery and salvage efforts in the coming months.

AUSTimber Coordinator, Ms Dionne Olsen said “AUSTimber is the largest timber industry show in the southern hemisphere and we have already commenced planning to facilitate a seamless transition to the future show in November.” Ms Olsen added “All tickets which have already been purchased will be honoured in November and the program remains unchanged for the new dates.”

“We also want to recognise and thank our supporters, exhibitors and partners for their positive and proactive response to the decision to reschedule the show” said Ms Olsen. Ms Olsen added “It is their commitment to the success of the show in November that means our communities will still have the opportunity to benefit from over 10,000 national and international attendees visiting Gippsland.”