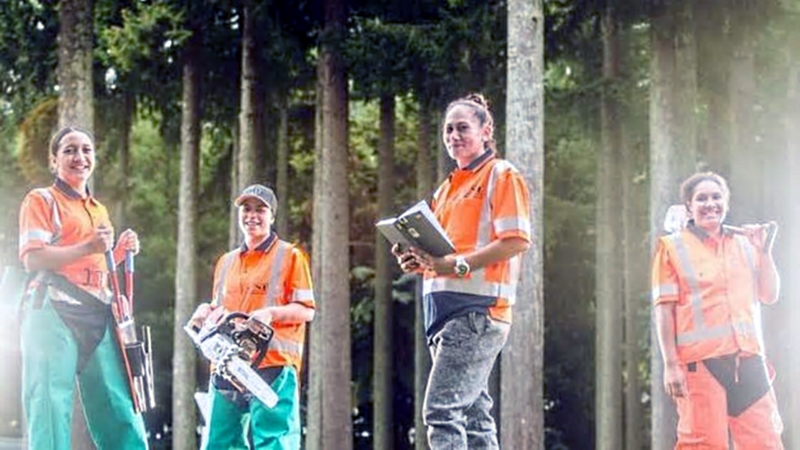 A group of New Zealand women have found employment together in an unlikely industry as new figures show job advertisements in the Bay of Plenty are soaring. CNI Logging has been working with 18 women as part of a process to choose an 11-strong, all-female team to work in silviculture.

Health and safety recruitment officer Joe Taute said he believed the team would be the first all-female team in the forestry industry. “There’s a shortage of female employees in forestry everywhere so we’re trying to be a bit different and try something new.” Taute said crew members would start out “getting bush fit”.

“We’re trying to get them used to the idea of waking up at 5.30am and getting home at 5pm. We’ve set up an introduction to forestry to get them bush fit to start with then move into planting and pruning.”

Taute said there was a big requirement for forestry workers and it was a hard job but before the team was formed, he would get multiple calls a week about whether there were roles available for females.