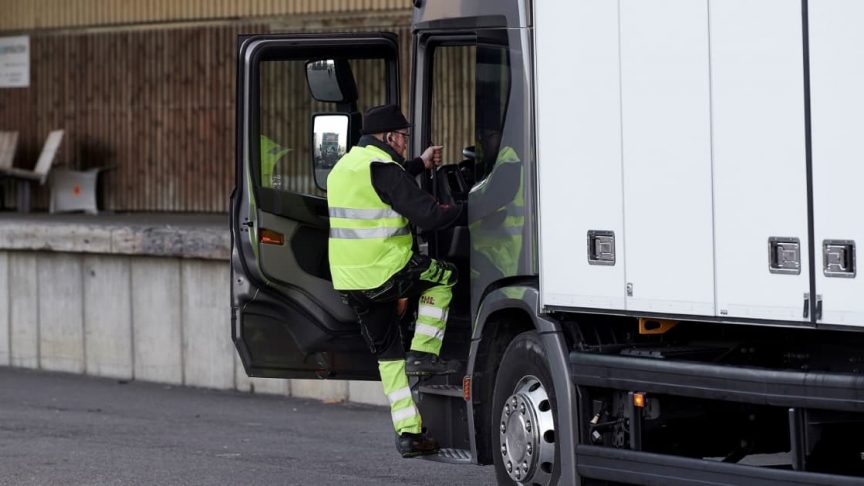 Truck driver safety takes big steps forward with the introduction of the technology laden safety vest. The Scania C-me vest is a connected safety vest that features automatic lighting when exiting the cab. If the driver falls while outside the truck and becomes inactive a sensor in the Scania C-me will trigger a call for help. Final verification tests are underway, and the vest is planned to be available at Scania dealers from mid-2019.

The patented vest, developed on behalf of Scania by Swedish start-ups Light Flex and Imagimob, addresses a growing concern about the dangers of work conducted in the vicinity of the truck. Professional driving is a highly hazardous activity, involving risks far higher than those encountered in virtually any other occupation or most other activities of daily life.

As noted in an EU report, drivers have numerous additional tasks to perform such as loading and unloading of vehicles, coupling and uncoupling trailers, ensuring that cargo is appropriately secured, as well as checking and maintaining their vehicles before starting their next journey. All these activities can pose risks to drivers.

In Europe, transport and storage constitute the third most common work activity involved in fatal accidents. A Danish study has confirmed that among truck drivers, falls from heights causing fractures are commonplace. Analyses show that major triggering factors for falls from heights on and around the truck are stepping off the edge at height, wrong footing and loss of balance.

The sensor fitted in the C-me collar automatically detects when the driver exits the cab and the vest is automatically lit, optionally with blinking or steady lights. The sensor also detects if the driver is inactive after a rapid involuntary movement such as a fall. This triggers the connected app to allow the driver to send a text alert to a pre-set emergency number while also relaying their GPS position.

The Android app, Sense, can also display user data such as battery status, the number of times the cab has been entered and exited, and other relevant information. With a wireless connection the vest can update its software over the air. The vest is reversible with one hi-vis lit side while the other is a more neutral grey to wear when not working in or around the truck. Even without the lighting features the vest meets European legal Class 2 requirements for hi vis protective clothing.

The developers have ensured this is an innovative connected wearable piece of protective clothing, including the fact that the vest is washable when the electronics in the collar are removed.