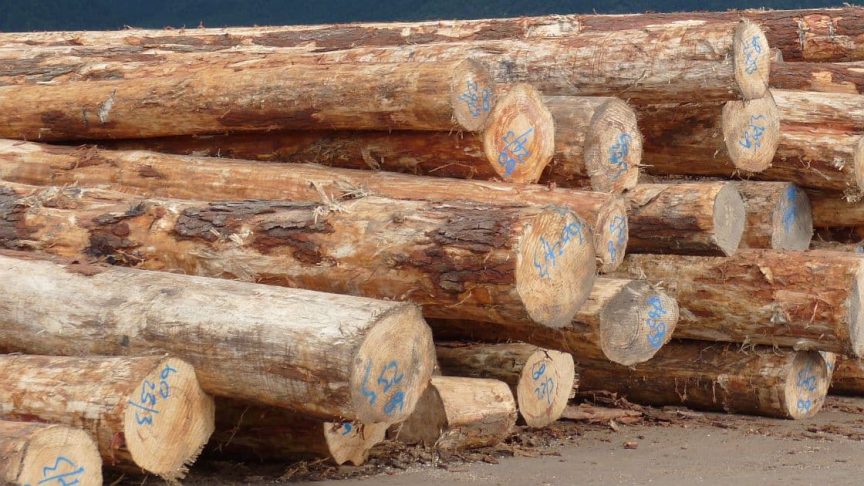 The installation of a debarker machine at Port Taranaki means full log vessels can now be loaded there. In an emailed statement, Port Taranaki chief executive Guy Roper said the new machine ensured the company’s export log operations were more efficient and ready to meet future changes to environmental standards.

The debarker is owned by China Forestry Group New Zealand and will strip between 1200 and 1600 Japanese Agricultural Standard (JAS) tonnes of logs a day at port’s former container transfer site. The debarker can process logs up to 12m long and is the first fully mobile, high-speed debarker in New Zealand.

The operation means full log vessels – both below deck and above deck – can be loaded at the port and leave directly for international markets in Asia. Unlike at other ports, logs are not fumigated at Port Taranaki and prior to the debarker installation logs were only able to be loaded into the hold of visiting vessels. The below deck logs were then fumigated while the vessel was at sea, and the vessel visited another port to load treated or debarked logs above deck.

Following increased environmental awareness regarding the impact of methyl bromide, it is expected the recapture or destruction of methyl bromide emissions will be made compulsory in the coming months. Having a debarker puts Port Taranaki in a great position ahead of environmental regulatory changes, particularly as we are the only port in the lower North Island to have a debarker on-site, Roper said.

“It is also more efficient for exporters as they can contemplate fewer multi-port visits, saving time and fuel, which is better for the environment,” he said. The first above-deck consignment of 8000 JAS was loaded on the vessel Mount Adams last week, with another 6000 JAS loaded in the ship’s hold. Port Taranaki head of commercial Ross Dingle said it was expected up to three log vessels a month would visit the port to load above-deck logs.

The operation had the potential to increase the volume of logs through the port, he said. “We are already seeing logs coming from deeper in our hinterland – north from Te Kuiti and towards Rotorua, and south of Taranaki, into Whanganui and further afield. They are logs that would have otherwise gone to another port.”

China Forestry southern North Island regional manager Scott Gordon said the debarker project was a great example of regional collaboration. “This is a fantastic asset to have in this part of the country and will be of real long-term benefit for forestry companies and exporters.”