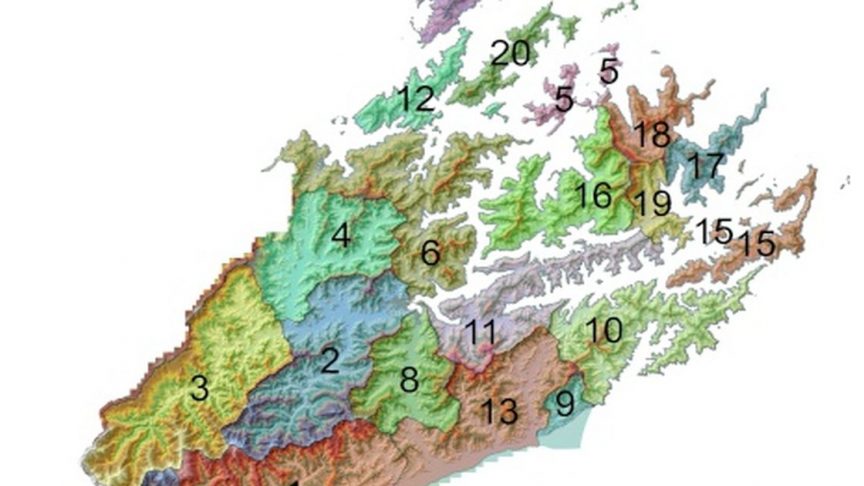 Marlborough District Council recently commissioned University of Canterbury researchers to map the North Marlborough area for river and stream catchments that may be susceptible to debris flows or debris floods, to improve the Council’s understanding of landslide hazards.

The research became possible after the capture of large areas of LiDAR (light detection and ranging) data that delivered precise, three-dimensional information about the area’s land surface characteristics.

Environmental Scientist Matt Oliver told the Council’s Environment Committee that the study was a useful indicator of potential landslide and flood susceptibility. “This report has produced tools which can be used to inform landowners, forest managers or prospective land developers on the potential susceptibility of downslope land to debris flows and floods.”

He noted the report’s data layer was not intended to be used as a regulatory tool or for use on property land information memoranda (LIMs). “But it is useful information that can prompt further geotechnical investigation of a particular site.”

Mr Oliver said initially the research was proposed as a way of assisting forest managers to mitigate risks of land sliding from harvested forests. “However, we realised that this methodology could also be applied and used to screen for general debris flow and flood susceptibility.”

He noted there were limitations to the ‘Melton Ratio method’ used in the report for determining debris flows and flood susceptibility. “Our report comes with a clear proviso that the maps from the report can only be used as a screening layer; they are not a definitive geotechnical categorisation of a catchment.”

The total mapped area covers 344,873 hectares. A new Smart Maps Pro webmap will now be developed for use by trained land management professionals such as forest managers and surveyors. Further development of the webmap would include GIS layers of natural and built receiving environments and infrastructure below susceptible catchments to assist users in developing risk assessments.