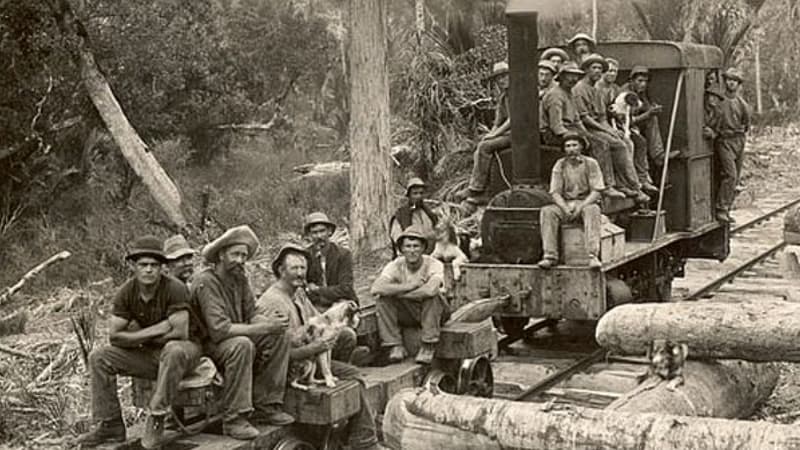 In addition to the very latest in harvesting technology, new innovations and new operating practices that are making such a huge difference to New Zealand, Australian and North American harvesting contractors, an extra bonus for harvesting crews, harvest planners and forest managers has been added to the HarvestTECH 2019 event running in Rotorua on 26-27 June. The logging historian, Paul Mahoney, now working as the Manager National Heritage with the Department of Conservation has been built into the programme.

A couple of years ago when the event last ran, HarvestTECH 2017 delegates asked us to bring back that story teller with that amazing footage along with the tales and anecdotes he spun of early harvesting operations around New Zealand. We’ve done just that.

Titled “Sawdust and Sweat – Technology from Days gone by, delegates are going to get an entertaining pictorial walk-through, based on nearly two decades of gathering information and rare footage and talking to the early bushmen and sawmillers, of early NZ logging operations. They were all involved in toiling tirelessly in the back blocks meeting the ever-increasing local need for construction timber from the country’s native forests.

NZ’s forest industry has a very colourful past well worth preserving. In the indigenous forestry era, huge trees were harvested using primitive machines along with plenty of muscle and sweat. The workers of that era were very proud of their calling and the skills they developed. The plantation forestry era from ~1900 saw NZ become a global innovator in sustainable forestry. In 1965 Paul Mahoney stated to interview 350 old bushmen and collect their stories and photos. He has enjoyed packaging the best of these recollections as entertaining public presentations.

Paul Mahoney has for decades collected NZ forest industry history, especially interesting stories and images. This has been as a personal interest hobby and also as part of his heritage job with the Department of Conservation. Paul’s book on bush tramways quickly sold out and he has presented many talks at forest industry events. He has recently consulted overseas with UNESCO on three potential forest industry World Heritage Sites.

Registrations to the two-yearly harvesting gathering in Rotorua on 26-27 June are flowing in. Details on the event, programme and registrations can be found on the event website, www.harvesttech.events. Both previous events, 2017 and 2015 sold out so best look to register early if you are looking to secure a space for you and your crew.