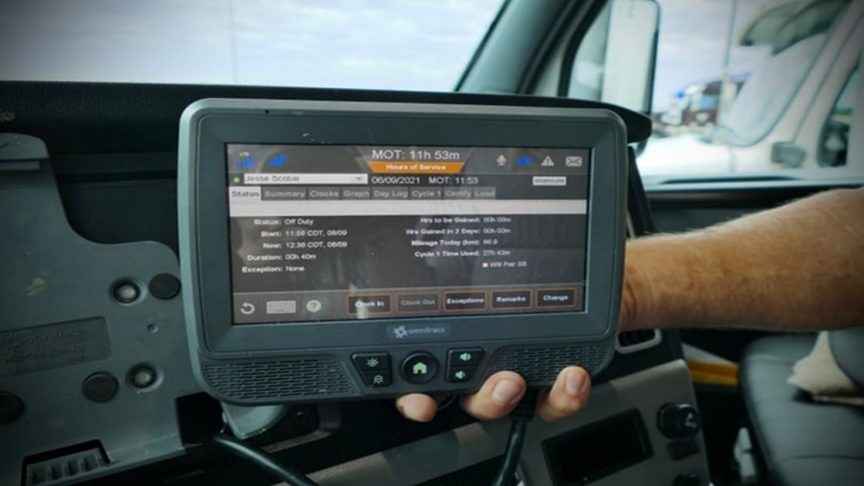 A new era in highway safety regulation begins in Canada as electronic logging devices that track a driver’s hours behind the wheel become mandatory in semi-trucks traveling between provinces. The electronic logging devices (ELDs) replace the use of paper log books and effective June 12 are a requirement under a federal regulation aimed at preventing fatigue in commercial drivers.

The regulation covers commercial trucks and buses that cross provincial and territorial boundaries. Industry advocates welcome the change. “It’s going to force [non-compliant trucking companies] to get into the game and be compliant and be safe or face the consequences,” Canadian Trucking Alliance president Stephen Laskowski said.

The requirement for certified ELDs will target what he estimates is about 15 to 25 per cent of the trucking industry that routinely cuts corners on regulatory issues — in “an underbelly of our industry, a small but growing underbelly,” said Laskowski. Under federal hours of service rules, drivers are not allowed to drive more than 13 hours in a day, and they must have at least 10 hours off-duty time each day, of which at least eight hours must be consecutive.

When the ELD regulation was being developed, Transport Canada noted provincial and territorial governments recorded an annual average of 9,400 hours of service violations by drivers between 2010 and 2015.

About one quarter of those were for exceeding the maximum hours for drivers. Another 11 per cent were convictions for operating two daily logs at the same time, or for falsifying the information in a daily log. Nearly half of the hours of service, convictions — about 48 per cent — were for failing to maintain, or failing to produce, a daily log.

“For the industry itself, it’s going to be a great day,” Laskowski said of the new regulation.