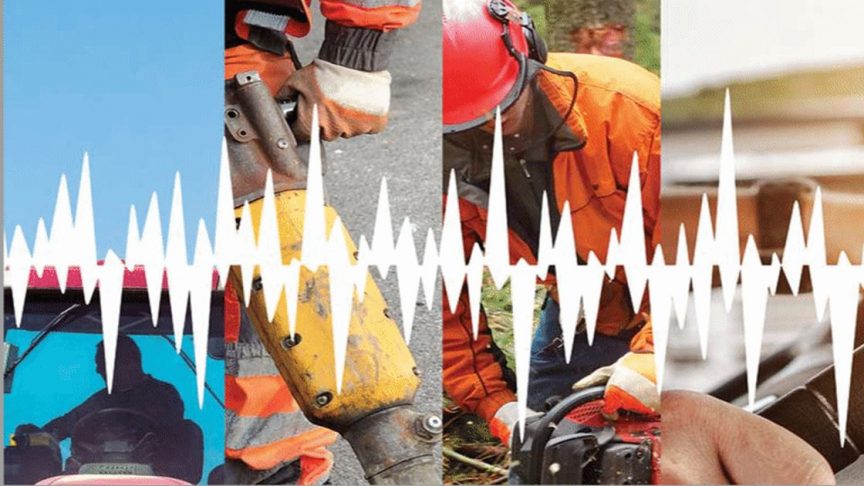 In line with the eagerly awaited Forest Safety event that is running in New Zealand, Forest Safety & Technology 2021, on Tuesday 13 April, attached is an article that recently appeared highlighting a workplace health risk, the impact on someone working in a manufacturing environment and the steps he’s taken to highlight the often-overlooked issue and develop a device that can be used to gather information to help us to make smarter decisions to keep our people safe.

When Jason Johnstone was medically discharged from his job as an operator/trainer after being diagnosed with Hand Arm Vibration Syndrome (HAVS), he decided to explore ways to prevent it happening to other New Zealanders.

Jason is one of the very few people in New Zealand diagnosed with HAVS, a condition that can be permanently disabling, where nerves and blood vessels are damaged by exposure to repeated vibrations from hand and power tools. Symptoms include tingling fingers, numbness, pain, weakness, loss of dexterity and impeded blood flow.

If caught early enough, HAVS can be reversible – but in Jason’s case, his symptoms persist, flaring up at the slightest change of temperature or during certain activities. “All the crockery in our house has chips on it because when I do the dishes my fingers often go numb and I tend to drop the dishes. It’s much worse in winter and I’m pretty much stuffed when it comes to doing up buttons.”

But this hasn’t stopped Jason developing a new hand-arm vibration (HAV) monitoring device and launching a business to address what he calls a “massive grey area” in New Zealand around vibration exposure in the workplace.

Jason has worked with power tools for most of his life. His HAVS symptoms became more pronounced while he was working at the Tiwai Point aluminium smelter as an operator/trainer – a job that involved use of jack hammers amongst other tools. The smelter did have time limits on use of certain tools, but intensity was also a factor.

“My wife is a U.K. trained general surgical registrar and diagnosed me with HAVS, I had no idea what HAVS was at that time. I told the smelter doctor my hands feel funny and was sent to see occupational health specialists Professor David MacBride were he formally diagnosed me; Professor David MacBride is New Zealand leading workplace disease expert.

“Basically, I was told l couldn’t use the tools anymore and was medically discharged from my job at Tiwai. But what I noticed was that no one had any idea how the injury had occurred. Sure, vibration emitted from tools and machinery had caused my injury but there was no data to explain this to the medical or health and safety professional. No one knew how much vibration I had been exposed to on a daily basis, nothing. It was all guesswork and seemed completely crazy, felt like I had wasted 20 years of my life”.

Jason’s experience has led him to research current figures on HAVS in New Zealand revealing what he sees as a major issue of underdiagnosis and misdiagnosis.

“According to ACC data on HAVS, there were only 40-50 cases of HAVS in New Zealand from 2000-2018,” says Jason. “This is unusual because 6230 cases were reported in the United Kingdom in half of that time. Even if we consider that the two workforces are similar, based on population statistics the incidence in New Zealand should have been 785 cases in 18 years or 44 cases per year.”

He also found that during 1 July 2009 and 30 June 2019, ACC data showed there were 5,342 cases of carpal tunnel syndrome compared to the United Kingdom’s 2,930. Furthermore, international research has shown vibration from hand tools does contribute to carpal tunnel injuries.

“In the UK, doctors are trained to recognise HAVS. In New Zealand they’re not. So, it’s very often misdiagnosed as carpal tunnel and that certainly has been my experience after being told I have carpal tunnel each time we relocate. I believe it’s a problem in New Zealand given workers’ exposure in our construction, forestry, manufacture, transport and agriculture sectors.”

Jason identified the need for a user-based device to monitor vibration and capture much needed data. He worked with a software developer Digital Stock in Invercargill to develop a HAV monitoring app and dashboard – and sought a real workplace in which to trial it.

The Forest Safety & Technology 2021 event runs in Rotorua on Tuesday 13 April. Programme and registration information can be found on forestsafety.events. It will be running alongside the very popular HarvestTECH 2021 event so for those attending the Forest Safety programme, the option of staying on for an extra day to join the wood harvesting event on Wednesday 14 April is available. Full details on both events can be found on the event websites.