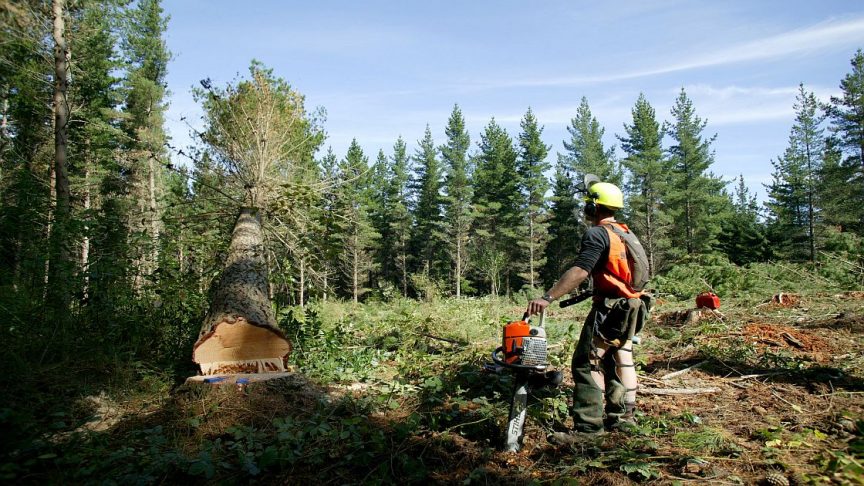 In-market prices for logs in China – New Zealand’s largest export market – have fallen in recent weeks and ANZ Bank warns the drop will make the harvest of some woodlots unprofitable. While some price softening is not unusual at this time of year as construction activity slows in the hot months, “the scale of the correction was unexpected,” said ANZ agriculture economist Susan Kilsby.

The price of an A-grade log landed in China has fallen from US$130/JAS cubic-metre in early June to approximately US$105/JAS cubic-metre. “The current price level is difficult to quantify as the market has been moving rapidly downwards and in this environment, buyers are unwilling to commit to pricing,” she adds.

While some exporters are optimistic the bottom may have been reached “this seems unlikely given the quantity of logs sitting on wharves in China is expected to increase,” Kilsby says. A number of ships are sitting on the water destined for China without letters of credit. Sales are typically negotiated on a cost and freight basis where the buyer is responsible for the freight costs. This means for a portion of the logs on the water, the sales process has not been completed, she says.

A lift in the supply of logs and lumber into China relative to current demand is the main reason log prices have corrected, Kilsby says. The quantity of logs that have been imported into China in recent months is more than normal. New Zealand has steadily increased its share of the China log market in recent years to become the largest supplier of logs to China.

New Zealand’s exports this year to date have lifted by 22 percent. An extra 1.35 million cubic-metres of logs were exported from New Zealand during the first five months of 2019 – equivalent to about one additional month of supply.

The quantity of logs sitting on wharves in China has lifted to about twice the normal level. While that is not unusual for this time of year, Kilsby says the figure is likely to grow due to the volume of logs currently on the water. She says harvesting activity is slowing in New Zealand as a result of the lower returns. Some harvesting crews have been laid off while others are having volume restrictions placed on them.

The drop in harvesting is expected to primarily occur in the smaller woodlots due to the one-off nature of this revenue. The larger forest owners are more likely to continue harvesting as lower returns from the current spot market will be offset in some cases by contracts already in place, and will be more readily absorbed due to receiving continuous revenue from harvesting.

She says, however, any slowing of felling activity will help the oversupply situation and therefore will assist the China market to recover, or at the least reduce further price falls. A substantial improvement in prices is not likely to occur in the short-term and it may take six months for a marked lift in price, as existing stocks need to be worked through and buyer confidence needs to rebuild.

Kilsby also says diverting a portion of the logs destined for China to other markets would also be beneficial. The quantity of raw logs exported to markets other than China has fallen away in recent years. This is primarily due to these markets not being able to match the prices being offered by Chinese buyers.

“The drop in pricing may now help other markets be more competitive. But it will still be a challenge to divert a significant volume of logs into other markets given that China currently accounts for approximately 80 percent of all the logs exported from New Zealand,” she says.