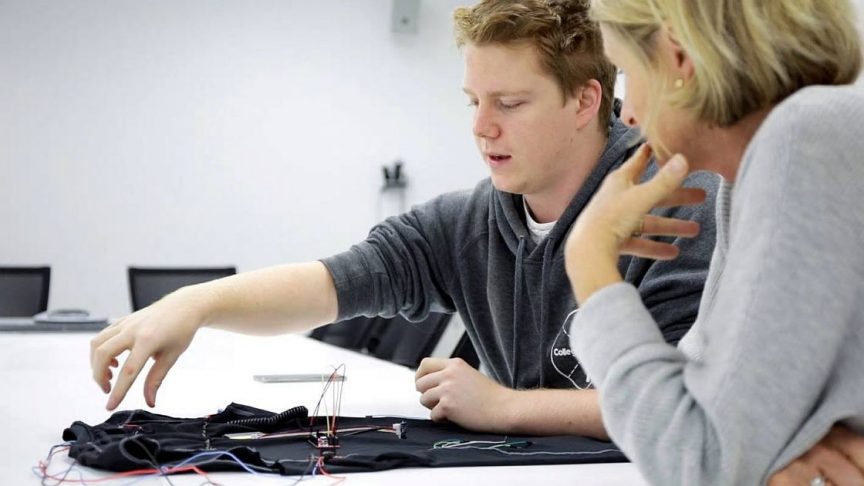 A shirt with built-in sensors could help reduce fatalities in New Zealand’s forestry industry. Researchers at the University of Waikato are developing a hi-tech way to keep forestry workers safe on the job, with a ‘smart shirt’ the leading contender.

Using sensors on the front of the shirt to monitor heart-rate variability and others on the back to measure perspiration, the garment could detect when workers showed signs of fatigue or dehydration.

Engineering student Dylan Exton was looking at the positioning and function of the shirt’s sensors. “You’ve got to make it comfortable and non-intrusive for anyone who wears it. You’ve also got to ensure the sensors are chargeable,” Exton said.

“Right now, I have a mess of wires, but in the coming weeks I’ll be plugging them into the computer to see how they behave.” Exton said he took on the challenge of making a prototype shirt because he liked the combination of software and hardware required for the project.

Other members of the team were working on finding the best way to manage and understand the stream of data from workers and the environment, Bowen said.

“How do we come up with an alarm that signals ‘you’re tired, you’re dehydrated’ from the combination of streaming data? There’s a lot of complex data processing that has to happen as these smart shirts are going to be worn every working day and will produce continuous data,” she said.

“It’s not like working in a lab, we’re designing for an uncontrolled environment. In the forest the data’s noisy, bits of it can drop out, and people do unexpected or unpredictable things. It’s a big challenge, but it’s a great project because it’s got all these moving parts.”