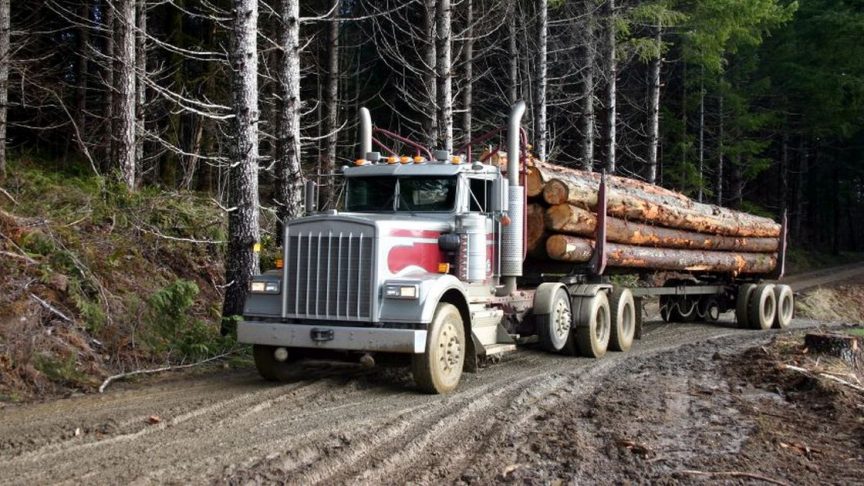 A pilot project that we reported on recently aiming to address a severe shortage of logging truck drivers through telemetric wizardry may lead to new jobs being created, not their elimination, the proponents say. When the $700,000 project by Marathon-based Nawiinginokiima Forest Management Corporation (NFMC) and Ottawa-based Provectus Robotics Solutions became known, some assumed truck drivers would no longer be required.

But Provectus business development director Jason Scheib said that drivers will still be involved: an experienced trucker in a lead vehicle, with two drivers in two additional trucks following behind at safe distances. All three logging trucks are to be linked by electronic sensors, with the two in the rear following the lead of the one in front being driven by an experienced operator, Scheib said.

Drivers in the trucks following behind — who would at least possess a standard G driver’s licence — will be needed to manually clean sensors, and also to disengage the electronic link in the event of an emergency situation.

“We believe this will be a valuable advancement to address the driver shortage in Northern Ontario and around the world, while making the transport of lumber to mills safer and more efficient,” Scheib said in an earlier news release. If the system proves to be workable and safe, it would be up to forestry companies to decide whether to adopt it.

Nawiinginokiima Forest Management Corporation said the trucker shortage left the agency with no choice but to explore a technological alternative. “There just aren’t individuals out there interested in becoming (logging) truck drivers, not from our experience within our management area,” NFMC general manager Carmelo Notarbartolo said.

“Therefore, this project isn’t intended to replace jobs, or displace individuals, it is intended to help find a solution to a significant need (for hauling logs to mills) in our area.” A Crown agency, Nawiinginokiima Forest Management Corporation oversees the maximum annual harvest of 1.6 million cubic metres of wood in the Crown Pic and White River forests in the Marathon area.

Scheib said over a three-phase testing program, the project will start with pickup trucks, graduate to trailers and eventually move on to experimenting with logging trucks. Testing will begin near Ottawa but will also include trips on Nawiinginokiima Forest Management Corporation logging roads before the end of this year.

The system would be confined to logging roads, which are private and not subject to normal provincial driving regulations. Given the steep terrain that logging roads traverse, it’s not feasible to tow trailers full of logs, Scheib said.