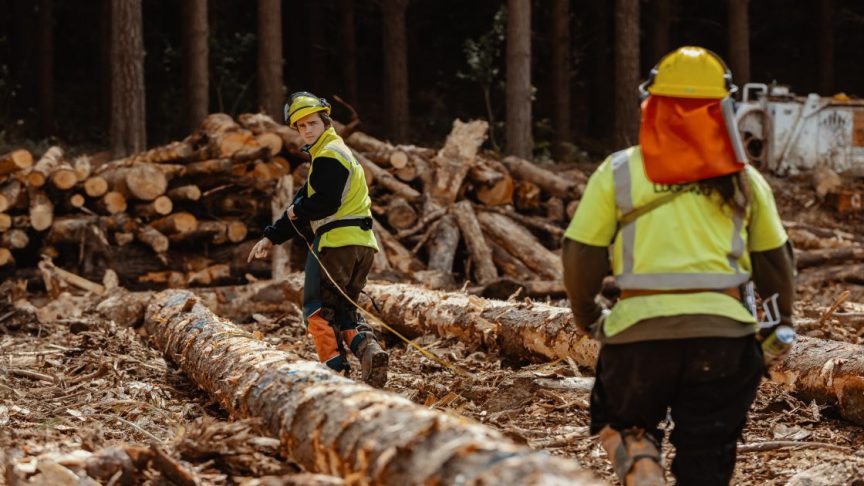 Forestry researcher Trevor Best has written a summary of research he was involved in at Canterbury University on the impact of stress on the wellbeing of forestry workers, and how it affects productivity and business profitability.

For the past 18 months, I have been asking machine operators in harvesting crews to tell me about the conditions or situations that result in them feeling some form of stress (positive or negative) at work. The objective has been to build a picture of the ways stress impacts the health of operators to identify what could be done to make their work healthier.

The sorts of questions I asked have been about what was liked about their work, what was disliked and what situations generated whatever they identified as stress. I took that approach because I wanted to build the picture from the perspective of the operators. Nothing about them without them.

Responses have been quite consistent. By and large, the operators I talked to LOVED their work. If there was a good fit between them and the specific work they were doing (harvesting, shovelling / skidding / hauling, processing, sorting / fleeting / loading), the work itself added to their sense of self and wellbeing. It enhanced their life. They felt better about themselves through the mahi.

The same could not be said, necessarily, of the way the work was organised. When questioned about situations that left them feeling “stressed”, the operators pointed to long work hours, the pressure to produce (particularly if the crew did not work well together), uncertainty over work and income continuity and not having a say over aspects of the work that were important to them. Most significantly, apart from the crew culture and its impact on who has a say on the job, these outcomes were the result of decisions made outside the crew environment before anyone turned a key.

Those factors dictate when the logging service is required to start and finish in the workday and the number of machines available to provide that service versus the targeted production.

Anything constraining flexible machine capacity meant that the inevitable bottlenecks could only be solved by working longer hours and limited the crew’s capacity to use even the most basic forms of job rotation like covering breaks or sharing early load outs. Those key resources are all part of the harvest planning and management process.

What is tricky about working long hours is that most of the operators spoke about the benefits they had received from working those hours. It improved their ability to provide for their family. It helped to establish their place as a hard worker within the logging fraternity, able to be relied upon by their crew mates. Working long hours enabled them to fit in and move up the ladder.

The issue then, was not just the problems they faced as result of working long days, it was also the lack of control they had over those hours. They had little ability to actively balance their recovery requirements or the time they spent with their whanau against the production needs of the contract. It points to a need to consider health in the design of our logging work places and to broaden who we involve in the process.

Read the full research in the NZ Journal of Forestry Science