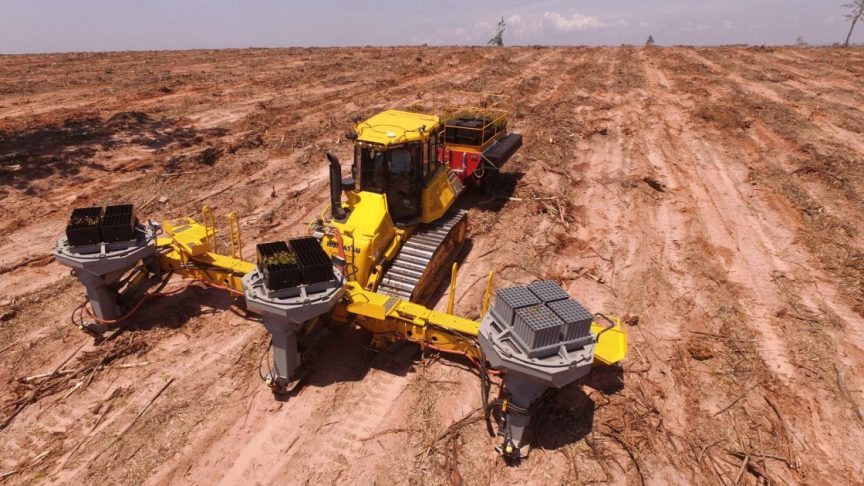 Japanese equipment maker Komatsu hopes to generate 140 billion yen ($1.27 billion) in revenue from forest machinery after four years, which would mark a 40% increase, due to robust housing and material demand.

Komatsu intends to fulfil its goal by offering a stronger lineup of equipment such as feller bunchers and forwarders for the North American market. The U.S. has the fourth largest distribution of forests in the world, in terms of area.

Up to now, Komatsu’s forestry equipment has been compatible with the European logging process in which timber is carefully arranged on the spot before being hauled out. For North America, the company will also offer equipment that will carry timber as is to processing centres.

Komatsu will develop the Russian and Southeast Asian markets as well. Indonesia and Russia still rely heavily on chainsaws wielded by human hands. While Western logging industries have a 70-80% penetration of forestry machinery, Asia remains behind at roughly 20%. Komatsu’s equipment will compensate for the labour shortages and improve on-site productivity.

In the interest of climate change, the manufacturer will also invest resources into promoting reforestation, selling bulldozer-like equipment for prepping the ground, along with automated tree planters.

Demand for housing construction material and pulp remains strong, with paper in particular gaining attention as a substitute for plastic. The global market for forestry equipment is growing by 2% to 3% a year on average. This sector outpaces that for the construction machinery market, which rises at a roughly 1% clip.

Komatsu hopes to nurture forestry equipment into its third-largest money-maker, behind machinery for civil engineering and mining. By the fiscal year ending March 2025, it looks to capture a 20% global share in forestry equipment.