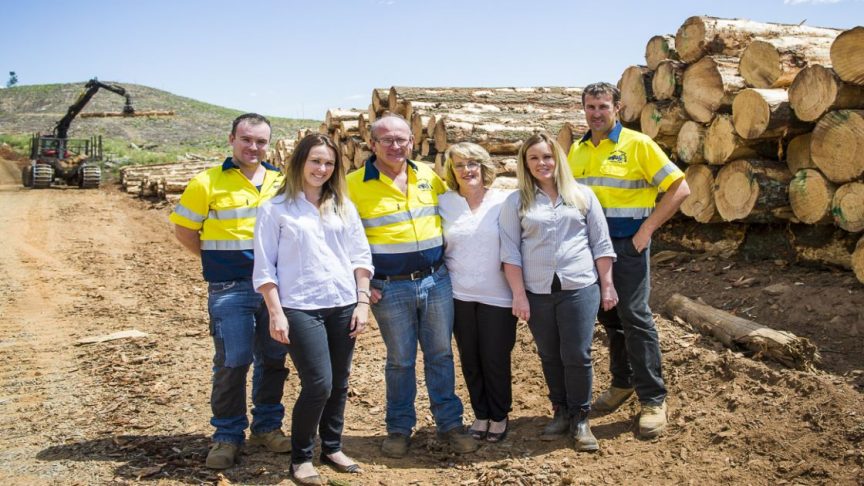 Oberon-based Mangan Logging & Haulage has reached a major milestone with the Australian-owned business marking 60 years of operation and welcoming its fourth generation into the family-run business. Established in 1961 by Bert and Monica Mangan, the business has grown from one trucking unit to 25, along with numerous harvesting units, two mechanic workshops, a 24-hour breakdown service and a parts store.

They employ over 70 staff and contractors, including six apprentices, many of whom are themselves multi-generational employees with the business. Today, the Mangan Group harvest and haul over 500,000 tonnes of softwood plantation pine each year delivering quality product to Highland Pine, Borg, Visy, Allied Timber Products NSW, and various export markets.

A hallmark of the business has been the seamless management transition over the six decades from Bert and Monica, to son Michael and his wife Suzanne, and to today’s leaders, their grandchildren Mathew, Lisa, Chris, and Michelle. Recently they welcomed Mathew’s son Riley to the business, who began his mechanical apprenticeship, following the same path his father did 24 years earlier.