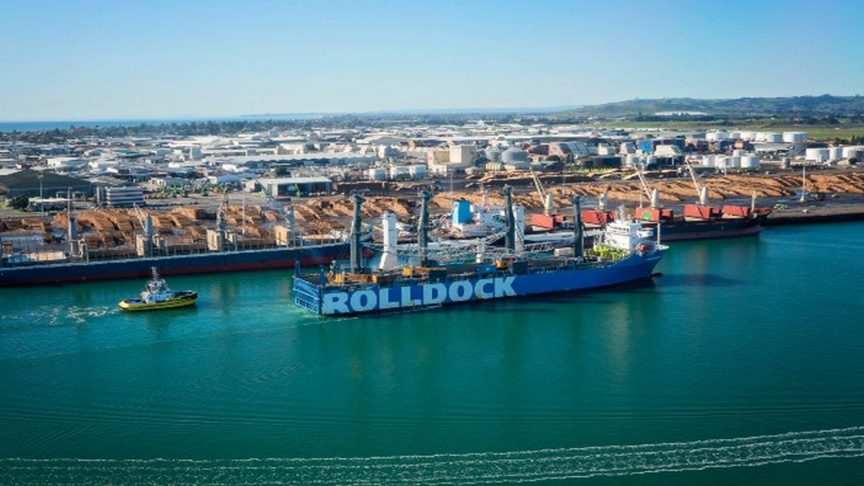 Paul Cameron, CEO of ISO, says, “Our new mobile harbour cranes will help transform our operation at Eastland Port in Te Tairāwhiti. The new technology will remove our people from high-risk areas on the wharf and enable cargo to flow more efficiently through the increasingly pressured supply chain. With the implementation of the cranes, we are upskilling and training staff we move out of high-risk areas into other machinery-based roles within the business.”

ISO commissioned the German-manufactured Liebherr mobile harbour cranes to suit its operating environment, with advanced technology and safety specifications designed by its technology team. The cranes arrived at Te Tairāwhiti Harbour on Monday after departing Rostock, Germany on 24 September.

Eastland Port will be the second port to benefit from introducing ISO’s mobile harbour cranes, following the introduction of four cranes in Mt Maunganui in August 2020.Andrew Davies, COO of ISO says, “We’ve seen significant improvements in safety and productivity in Mt Maunganui with the introduction of mobile harbour cranes, including a 75% reduction in incidents. The cranes provide a safer, more efficient and reliable method of loading logs directly from trailers into the vessel’s hold with mobile cranes instead of ships’ cranes.

We expect to see similar results in Te Tairāwhiti. The mobile cranes allow us to handle all types of cargo for a wider range of vessels, which increases handling cycles, lift capacity and vessel turnarounds – which means a better result for our customers, our business, and the port.”

Eastland Port Infrastructure Manager, Marty Bayley says, “We have the largest infrastructure developments in a century happening at Eastland Port over the next few years — including stage one of the Twin Berth project beginning in a few months. ISO is the sole stevedore operator at the port, and their new mobile cranes will help keep exports moving as volumes grow in Te Tairāwhiti.”

Three mobile harbour cranes will be in operation at Eastland Port by the end of the month; ISO will ship one of its Mt Maunganui-based mobile cranes to Te Tairāwhiti, so three cranes are available at each port. A world-first in terms of size and capacity, the fully mobile crane weighs 465 tonnes, has a 51-metre maximum lifting height, a 54-metre maximum outreach, and can lift a maximum load of 124 tonnes.

ISO, which handles more than half of New Zealand’s log exports, is applying robotics, automation and IT across its operations nationwide to minimise exposure to hazards and move its people into more skilled roles.

Over the past three years, thirteen Robotic Scaling Machines (RSM’s) for scaling logs have been installed across ISO’s North and South Island operations to automate the accurate volumetric measurement (scaling) of export logs on trucks and trailers. The world-first robotic technology was developed by Tauranga-based Robotics Plus in collaboration with ISO.

Earlier this year, ISO started the rollout of its Automatic Tally Stations, developed by its technology team, to replace manual scanning of tickets on packets of logs at the wharf following scaling through the RSM offsite.