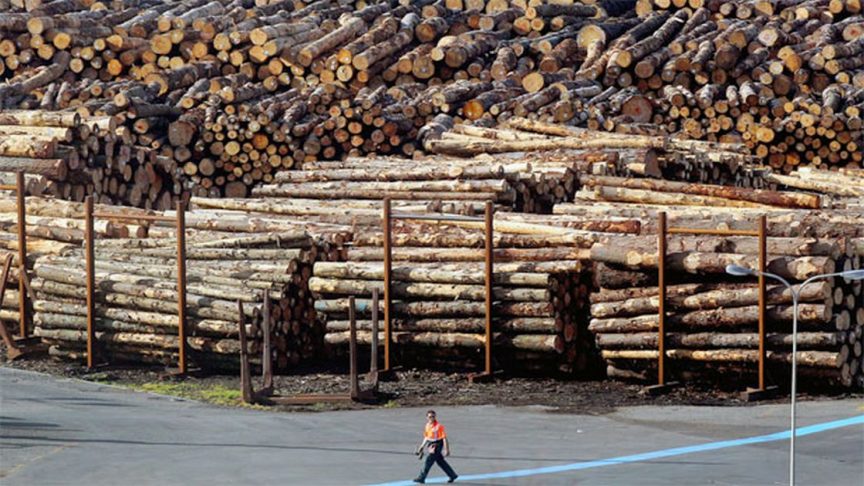 In August 2021 a decision on the Reassessment of methyl bromide for fumigation of New Zealand logs was released by the EPA. This was followed more recently by the release of the decision approving the use of EDN in mid-April 2022. Details on the announcement were covered in a Friday Offcuts story a couple of weeks ago.

Both processes had taken considerable time and resource, methyl bromide almost 2.5 years and EDN almost 5 years. To maintain trade of logs with some countries, fumigation treatments are required. Over 71% of all logs exported from NZ are now treated with in-transit, in-hold fumigation using phosphine. China is the only market that accepts phosphine as a treatment with over 14 million tonnes being treated this way last year. The ability to increase the phosphine treated volume is close to maximised unless there are significant changes to ship types or a reduction in top stow logs carried as phosphine is restricted to underdeck treatment as it requires 240 hours to complete the fumigation.

Even with these decisions now announced, it is probable that fumigation using methyl bromide or EDN will only be permitted at Tauranga and Northport, unless off-port facilities are established elsewhere. 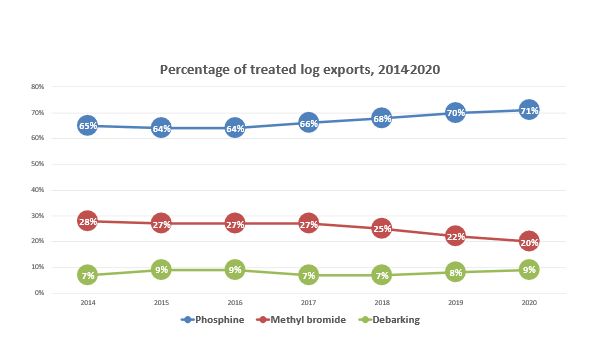 The key operational points from the Reassessment Decision were around increased buffer zones when fumigating and increasing requirement to recapture methyl bromide after completion of the fumigation.Of particular importance was the need for extensive buffers (900 metres) around any ship hold fumigation with methyl bromide. As this is impossible to achieve (given this extends both outside the Port boundaries on the landward side and into the marine environment on the seaward side), all fumigation of ships holds effectively ended shortly after the decision last year.

This has far-reaching effects and has resulted in an almost complete cessation of log export to India from New Zealand as methyl bromide is the only treatment accepted by Indian Authorities. This also means over 90% reliance on China as a market for our logs.

Recapture of gas remaining after fumigation under tarpaulins is being further developed by Genera and is likely to allow ongoing use of methyl bromide for the next few years at least, but with increasingly tighter requirements and the need to adequately destroy, recycle or reuse the methyl bromide recaptured.

Globally, efforts to reduce methyl bromide use have been ongoing for decades due to the adverse impact of the gas on the ozone layer. While use is restricted to phytosanitary activities some jurisdictions have also moved to ban its use completely.

STIMBR has shown that considerably lower rates of methyl bromide will achieve the same phytosanitary results, but to date, importing countries have yet to accept these results and change their requirements.

Acceptance of these lower application rates would increase the ability to recapture the remaining gas and to reduce the environmental impact if its use.

For a more detailed analysis of the methyl bromide and EPN decision from STIMBR, click here