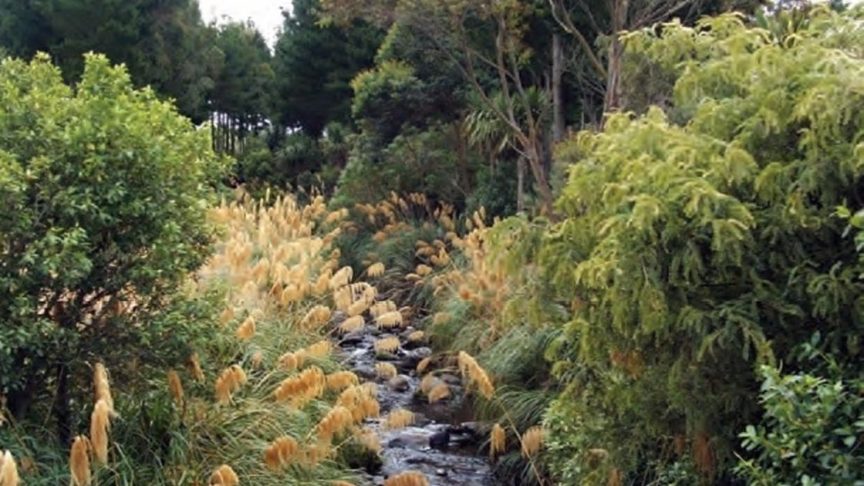 Native forest barriers will be planted on New Zealand’s East Coast in a game-changing initiative to protect waterways against forestry slash and silt in future storms. East Coast landowner Aratu Forests has signed a 90-year agreement that gives environmental land use business eLandNZ the right to plant and manage areas that are no longer suitable for production forestry.

It follows two years of research and negotiation after masses of forestry debris inundated Tolaga Bay during a storm in 2018. The Riparian Project will involve removing slash from hillsides and landings, with plans to one day turn these offcuts into a “valuable export”.

The other element is to stabilise land that has been harvested by creating permanent forests within all riparian zones, steep and unstable areas and environmentally sensitive areas. eLandNZ will start planting permanent native forest barriers on approximately 180 hectares of Aratu estate inland of Tolaga Bay this year. eLandNZ managing director Sheldon Drummond said it was a “game-changer” for New Zealand’s forestry industry.

“It hasn’t been done before. It hasn’t been contemplated seriously by plantation forest owners in New Zealand.” In a presentation to Gisborne District Councillors last week, Mr Drummond said they expected it to make “positive disruptive changes” to the industry.

“It is a bit of a mentality change. Somewhat disgraced I stand here quite honestly and say I used to purchase farms for forest companies and clear the scrub and plant them. I see it a totally different way now because I’ve been around long enough to know what happens, but when you buy a farm like that, you plant every hectare you can with trees because that’s how the numbers work. But it is not sustainable.”

The project will involve planting a range of native species, including belts of larger podocarp trees, flax along riversides and larger zones of manuka. “When you talk about permanent forest, that’s not something that happens tomorrow, it’s not something that happens next week or next year, or even in the next decade or three. It takes a long time”.

“It’s a really big step up for a forest company with all that money invested — these guys own most of their land — to virtually sign it over for 90 years.”