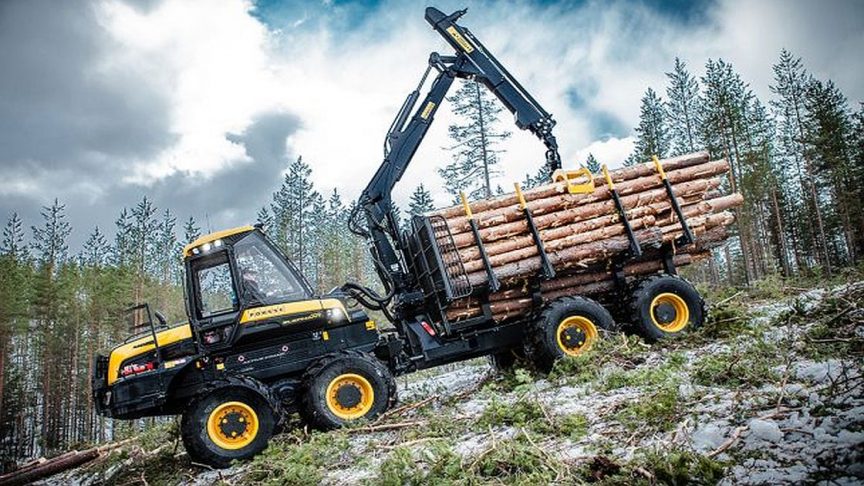 From a small village workshop in Vieremä, Finland, Einari Vidgrén’s dream of building forestry machines has grown into an international business with reach around the globe.

Vidgrén’s dream would materialize as Ponsse, which has become one of the world’s largest manufacturers of forestry machines based on the environmentally friendly cut-to- length method.

This year, Ponsse is celebrating 50 years since its founder first went to work on building the company’s first machine.

“The highly demanding harvesting industry calls for determination and close cooperation. To quote our company’s founder Einari Vidgrén: ’No one man could have done this on their own. It’s vital to find the right people.’ Ponsse continues to work following this same spirit, even today,” said Juha Vidgrén, chairman of Ponsse’s board of directors.

Today, Ponsse machines operate in 40 countries. As well, the family-owned company has more than 1,800 employees in 10 different countries and, in addition to the parent company, Ponsse Group consists of subsidiaries in Sweden, Norway, France, Russia, the United Kingdom, Ireland, the United States, China, Uruguay and Brazil, and Epec Oy in Seinäjoki, Finland, a manufacturer of machine control systems.

According to the company, environmentally friendly harvesting and customer-driven research and development heavily steer its operations. The goal is to develop innovative products and services in line with sustainable development, with everything starting from customer needs.

“Ponsse has grown and developed, above all, thanks to its customers, stakeholders and personnel. Throughout our company’s history, our customers have given us direct feedback to steer our research and development,” Juha Vidgrén said.

“What is more, the high quality, environmental and efficiency requirements set by forest companies and sawmills have clarified the direction of our R&D activities. We wouldn’t have been able to become one of the world’s leading forest machine manufacturers if it were not for our committed and professional personnel.”

Ponsse is celebrating its 50th anniversary at logging sites around the world. The company launched a massive roadshow that started in Finland in January, with an anniversary machine leading the way.

From Finland, the Together roadshow will pass through Europe on its way to North and South America, Asia and Australia, covering 30 countries and 110 locations during its journey. Demonstrations will feature the manufacturer’s latest models, the Ponsse Cobra harvester and the Ponsse Bison forwarder, and the flagship of the model series, the Ponsse Scorpion.

At home in the world’s forests

Continuous investments and development have been Ponsse’s cornerstones since the 1970s. This has helped the company to improve its competitiveness. During the past few years, Ponsse has created more than 200 jobs and invested EUR $145 million in its service businesses, R&D and production.

The 15,000th Ponsse machine was manufactured at the company’s new factory that opened in 2018. The factory was the most significant investment in the company’s history at nearly EUR $40 million.

Thanks to the investment, the amount of testing and quality control has increased considerably. For example, the factory now features an optical 3D scanning unit, representing the latest technology, to inspect all forest machine structures at extreme precision and to ensure that all structures meet their quality requirements. At the same time, the factory has been modernized in terms of eco-friendliness and ergonomics.

Now, the manufacturer expects the 1,000th Ponsse Scorpion, the flagship of the model range, to exit the production line.

The Vieremä factory has grown to cover an area of nearly four hectares. It is still based around a 300 square metre hall from where it all started 50 years ago. The oldest still- operational forest machine factory in Finland forms the core of Ponsse’s production.