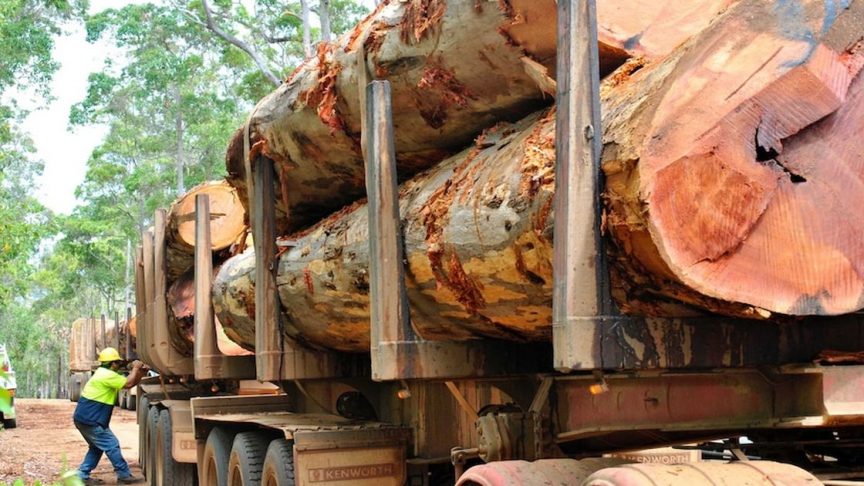 The WA government has tried to ease the pain on forestry businesses affected by a logging ban by announcing a revised multi-million-dollar compensation package. ln September the government announced it would end native forest logging from 2024, a move that divided opinion and saw hundreds of people protest in the state’s forestry region.

In pressing ahead with the plan, Forestry Minister Dave Kelly has announced a revised business support package worth about AU$26.9 million — more than half of the AU$50 million that had been allocated to transition the industry away from native timber logging.

But the shire president of the town most affected by the ban accused the government of acting “undesirable” in its handling of the transition. Mr Kelly said the new package would be available to mills, harvest and haulage contractors and suppliers of firewood that were adversely affected by the end of native logging.

There were three points of difference announced in the new business package options. Firstly, the amount being allocated towards supporting businesses is “more than double” the initial sum put forward by the government.

Mr Kelly said the new option would be a single industry restructuring payment that all businesses would be eligible for based on their contract volumes, without being required to make a decision as to the future of their business before they received the funds.

Previously, businesses had to decide whether or not they wanted to adapt to remain in the industry or leave altogether. The previous version of the package was also criticised for its lack of support for business owners who would be unable to afford redundancy payments.

Now, it includes up to AU$100,000 for businesses to cover any statutory redundancy payments they may incur if employees are made redundant.

Forestry Industry Federation WA (FIFWA) chief executive Adele Farina said while the revised offer did not extend as far as the federation and its members would have liked, it delivered much-needed and improved financial support. “The government’s revised business program is a welcomed improvement on the original,” she said.