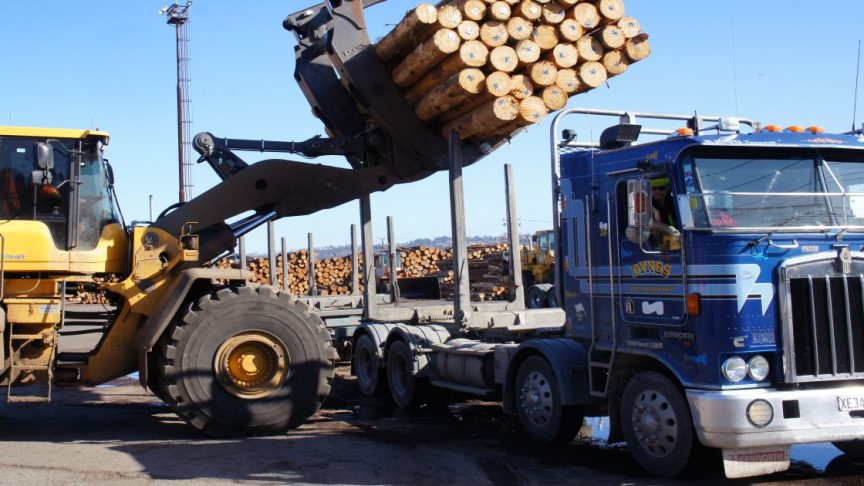 Anita Dynes is the first woman to be inducted in the NZ Road Transport Hall of Fame for 2020. Dynes, originally from Balclutha, is credited as being crucial to the development of Tapanui-based Dynes Transport.

Throughout her five decades in the transport industry, working alongside husband Jim, her substantive work ethic, tenacity and family values were pivotal in the company becoming an iconic industry fixture with interests in dairy, forestry and wine industries in addition to transport.

Six inductees were welcomed into the Mobil 1 Delvac NZ Road Transport Hall of Fame after a function at the Bill Richardson Transport World. The event is the brainchild of HW Richardson Group directors Jocelyn and Scott O’Donnell.

Jocelyn O’Donnell said the event honours outstanding contributions made to the New Zealand road transport industry. “We are so proud to be able to celebrate the contributions of all of our inductees, and it is particularly pleasing to see a woman join the ranks for 2020,” she said.

“There is no worthier women to be the first recognised as a Hall of Fame inductee than Anita Dynes and we welcome her, not to mention our five other incredibly worthy recipients … all deserve acclaim and thanks for their care and enthusiasm for our industry.”

Dynes was brought up on a farm at Rongahere, south Otago. She married in 1969 and moved to Tapanui, where her husband Jim, and his twin brother John, had bought a 5-truck general carrying transport business from Jim Cooper a few months earlier.

The decade of the 1970s was a hectic time for this inductee, with three children born and two more general transport businesses purchased. In 1976, Dynes won the contract to cart a new product of woodchips from five sawmills in Otago to Port Chalmers and later Bluff.

In 1977, John moved north to run T D Haulage, a chip carting business they purchased. Two years later they split ownership, John with T D Haulage and Jim and Anita with Dynes Transport (Tapanui) Ltd. The business grew extensively during the 1980s with additional log and timber cartage. The management of cashflow was essential and was a critical part of Dynes’ role.

The term “superwoman” comes to mind as Dynes’ capabilities were put to the test when Jim was ill with cancer. Her daily activities included driving Jim the four-hour round trip to Dunedin for treatment every day, running the transport, sorting the three kids and helping with lambing beat on a now increased additional neighbours farm.

During the mid-90s a new Tapanui depot was purchased, with a bigger yard, and the opportunity to move from the shoebox home office to the depot to accommodate additional staff. During the next 15 years, multiple businesses were purchased and contracts won, including work with the Edendale dairy factory.