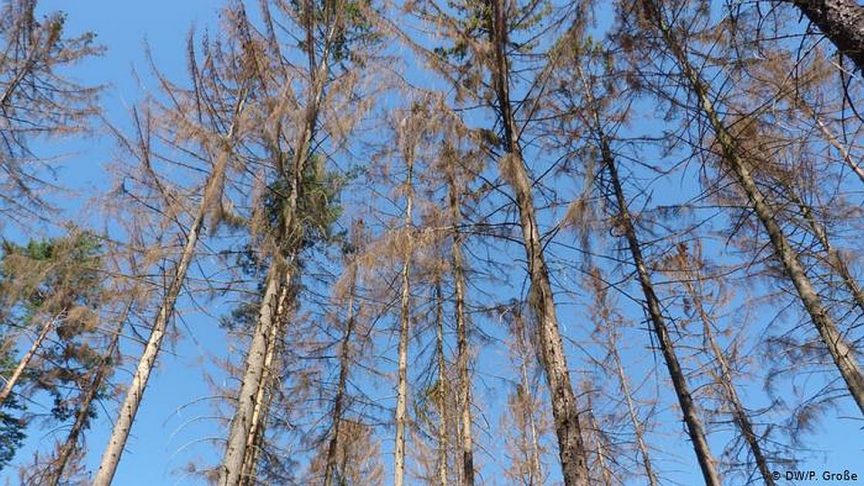 Between 2017 and 2019, over 270 million m3 of standing timber in Central Europe was damaged by a combination of factors: primarily, changing climate conditions that featured hotter, drier summers and warmer winters. In combination with frequent windstorms, this created ideal conditions for the spread of spruce bark beetles, especially at lower elevations. The damage is across many countries, including Poland, Switzerland, Slovakia, Italy and Sweden, but the most severe losses have been in Germany, the Czech Republic and Austria. The outbreak in these three countries is so severe that FEA analysis predicts that the killed timber volume from the European spruce bark beetle will eventually exceed that of the British Columbia Interior’s mountain pine beetle outbreak.

The increased salvage of dying and dead spruce timber will create more sawlogs than the sawmilling industry can process, not only in the three impacted countries, the Czech Republic, Germany and Austria, but also beyond their borders given that some logs are exported to other European countries. This will result in certain market implications and shifting trade trends through the first half of this decade and beyond — changes that will alter overall market dynamics and disrupt producers and exporters in other regions.

The sheer volume of damaged timber harvested in Central Europe has yielded logs of relatively good quality so far. Beetle-killed logs that are harvested in the winter for processing are of very high quality — almost like “fresh-cut” green sawlogs. Logs harvested in the summer, however, are more prone to blue stain and checking, and rot can even occur. The worst time for beetle wood quality is July to September due to the higher temperatures and blue stain, and especially if it rains.

Many sawmill companies are betting that the surplus timber will be around for some time — enough to justify adding sawmill capacity or even building greenfield sawmills. Up to a dozen sawmilling companies have planned for, started or even completed new capacity installations to process incremental sawlogs from the damaged timber by the end of 2021; if there is any question about how long the storm- and beetle-damaged timber is going to be around in Central Europe, these investors are providing the answer. We expect at least 2 million m3 of new sawmill capacity based on confirmed projects, although others are still in the planning stages. These sawmill capacities are being constructed based on the potential for increased harvesting of damaged timber in the future and a likely glut of low-cost sawlogs.

The increased availability of low-cost damaged timber will lead to higher lumber production in Central Europe. With the massive timber salvage producing a glut of sawlogs of varying quality, there has been downward pressure on sawlog prices in Central Europe. Germany has seen a steady decline in its sawlog prices since early 2018 due to spruce bark beetle and storm wood availability, with prices there down almost 50% by the end of 2019; this approaches levels in the U.S. South (the region with some of the lowest log costs in North America).

The current price of sawlog-grade timber is considered close to the cost of harvesting and delivery to sawmills, pointing to scant potential for a reduction in log prices. However, lower-quality logs are being produced with blue stain, checking and even decay, and selling at large discounts, leading some mills to process these logs as well. Since the salvage program is likely to be in place with high volumes for some time before it eventually slows down, domestic spruce sawlog prices will probably remain near current levels. This will provide central European sawmills with a competitive advantage in both domestic and export markets.

With rising volumes of distressed sawlogs at low prices, there will be an increase in central European lumber production. Existing mills are experiencing a critical shortage of skilled workers, so adding capacity is difficult (aside from extending shifts or operating on Saturdays). However, we expect total lumber production in the three impacted countries to generally expand (aside from 2020 output slippage due to COVID-19) before production eventually eases back toward pre-beetle levels near the end of the decade. This means that sawmills in Germany, the Czech Republic and Austria should remain the low-cost operators in Europe, and should be able to access most (if not all) export markets competitively and with positive margins.

Most of the top-quartile central European sawmills are export-oriented, meaning they have kilns as well as planers. With the acceleration of the spruce beetle salvage in Europe providing mills with low-cost logs, a higher proportion of production at these large-scale mills will likely be directed to export markets that require planed lumber (especially the U.S., but also China, Australia, the United Kingdom and others). According to FEA’s 2019 Global Sawmill Cost Benchmarking Report, central European sawmills are among the lowest-cost lumber suppliers of dimension lumber in export markets such as the U.S. South. This will enable European sawmills to gain market share in the U.S. at the expense of higher-cost Canadian and U.S. producers if they need to export increased lumber volumes outside Europe. From a European exporter’s perspective, the U.S. market also has the advantage of being accessible by both break-bulk vessels and containers.

Ultimately, central European mills will select lumber export markets based on net mill returns and market risk. The U.S. looks to be a very good fit for central European mills in an era of spruce bark beetles, but it will depend on net lumber returns and prices relative to other markets. Lumber exports to China are also expected to continue rising. In 2019, lumber exports from Germany totaled 692,000 m3 (versus only 154,000 m3 in 2018) and, in the first three months of 2020, reached 185,000 m3 (60% higher than a year earlier). Similar to exports to the U.S., trade to China will be dependent on conditions in other markets (MENA and Japan, for instance).

Effectively, this means that central European mills will be a threat to high-cost lumber producers in other parts of Europe — and to suppliers in export markets — for at least the first half of this decade.

In 2019, log export markets proved to be an important release valve for excess salvage spruce logs that were surplus to domestic mills’ needs in Germany and the Czech Republic. This trend will continue throughout the salvage harvest, especially since beetle-killed logs are being harvested at close to cost levels in Central Europe, allowing for exported logs to be competitively priced for volume sales to China.

In the current year, the rise in log exports is expected to pause due to curtailments related to the COVID-19 pandemic; however, this assumption could quickly change if China’s log demand picks up. Note that Germany and the Czech Republic accounted for 80% of log exports from Europe to China in 2019, a proportion we expect to grow in 2020 and beyond.

Assuming that markets return to more normal conditions later this year, log exports from Central Europe should continue to rise — perhaps even sharply, depending on market demand, container rates and container availability. Based on the potential harvest of damaged timber and the capacity limits of the central European sawmill industry to process the damaged logs, rising log export volumes could result in major disruptions to global trade flows.

The new FEA report, Central European Beetle & Windstorm Timber Disaster: Outlook to 2030, is now available. For more information, a brochure is available via this link.
.