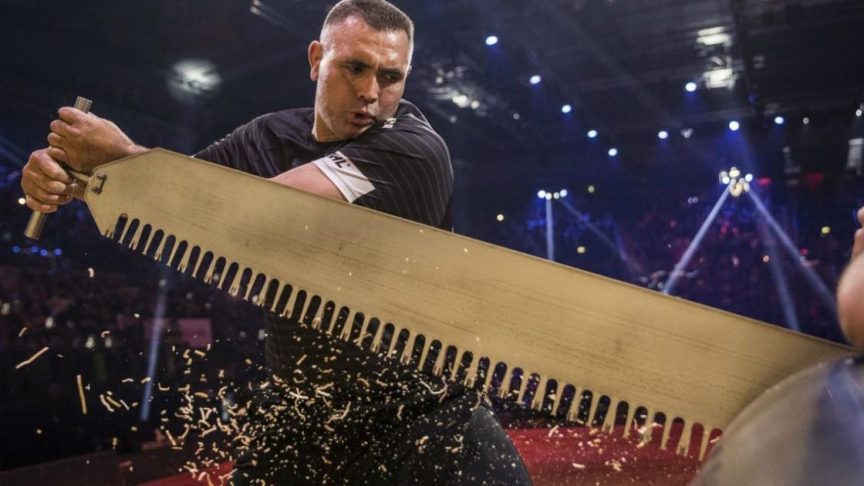 Saturday’s victory means Wynyard has earned the right to represent New Zealand at the STIHL TIMBERSPORTS® World Championships in Sweden in October – a tournament he last won five years ago.

Since 2017 Wynyard has battled debilitating arthritis in his hip, but now following nearly three years break from fulltime competition – involving stem cell treatment and a hip replacement – the nine-times STIHL TIMBERSPORTS® world champion is on the comeback at the age of 48.

“I had this goal to try and qualify for the World Champs for some time now since hip replacement and stem cell treatment and it’s pretty cool to take that next step and qualify, but I realise that there’s a lot of work ahead of me,” says Wynyard.

An emotional Wynyard dedicated his victory to fellow international competitor, Martin Komarek of the Czech Republic, who was very well known to the New Zealand Timbersport community having competed here, who died tragically in a forestry workplace accident overseas this week.

“Stihl is delighted to have been able to deliver this year’s competition, to allow these incredible athletes to show off their skill and commitment to the sport. Jason Wynyard is a wonderful ambassador for Stihl and for the sport in general. We wish him all the best for his tilt at a tenth STIHL TIMBERSPORTS® world title later this year,” says Hall.