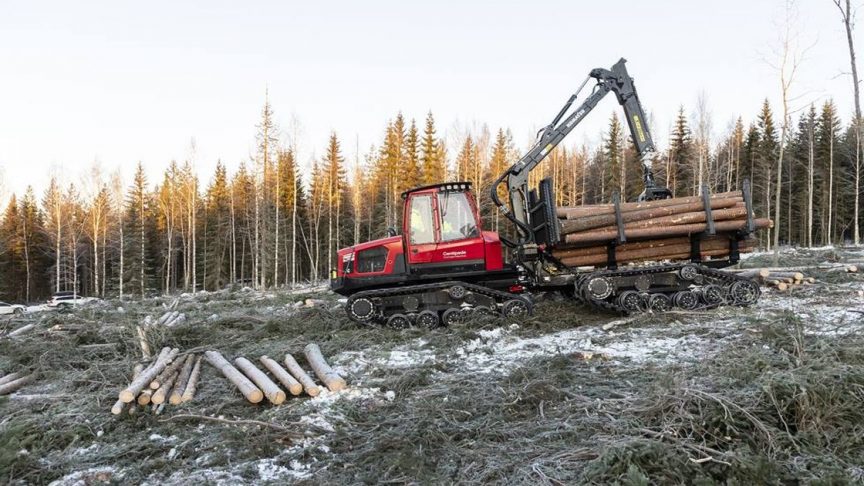 A new type of forest machine is currently driving around the forests of Sweden. It combines a low-impact approach, increased productivity and an improved operator environment and is the result of a major cooperative project that has been under way since 2019. The concept machine is called Centipede and it has been developed by eight Swedish forestry companies and a forest machinery manufacturer.

The machine is currently being test driven and the results are promising. Centipede has been developed to meet the challenges of forestry and offers three important benefits: Lower soil compaction, increased productivity and better work environment.

“This is a comprehensive project, in which the parties are taking a long-term approach to promote sustainable forestry. In the project, we have fundamentally challenged today’s technology and taken a step into the future,” says Erik Nilsson, CTO of Komatsu Forest.

The machine is built to reduce the risk of ground damage, to increase transport speed and to reduce whole-body vibrations for the operator. The machine has a newly developed forestry track system, with a large support surface to minimize ground impact. It also has a fully suspended chassis to handle uneven ground conditions, enabling the speed of the machine to be increased significantly without the corresponding increase in vibrations.

With this newly developed technology, Centipede can be driven both on sites that are normally regarded as winter sites and on sites that are significantly impacted by precipitation. In addition to being able to satisfy timber supply throughout the year and thus provide better prerequisites for profitable harvesting operations, Centipede has a number of characteristics that will directly increase production.

As a result of its innovative design, Centipede can move around the terrain significantly faster and can carry a larger load than the Komatsu 855, which was used as the benchmark. Both of these characteristics create conditions for significant increases in productivity. In addition, Centipede has demonstrated in simulations that fuel consumption is reduced by up to 15 percent in soft terrain, which is also positive for both the environment and profitability.

An extensive preliminary study was implemented and a new machine concept was developed during the project. The machine has been thoroughly evaluated through simulations and test drives. The comprehensive testing will continue in spring 2022 and decisions will thereafter be made about the project’s continuation.