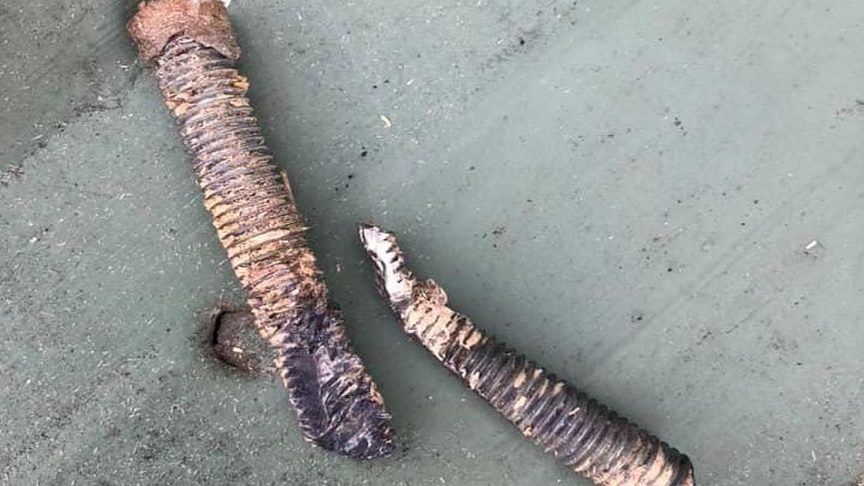 Tree spiking involves nails, bolts or other metal spikes or objects being hammered or drilled into trees to disrupt logging and milling. Two sawmills in Tasmania’s south have reported finding bolts in logs delivered to them by Sustainable Timber Tasmania from the Wentworth Hills area this week, and Tasmania Police and Workplace Standards are now both investigating.

Wayne Booth from Karanja Timbers in the Derwent Valley said he received the logs on Tuesday and discovered the bolts. “I put one of the logs through the mill, and on the first cut, I hit a spike,” Mr Booth said. “When we investigated further, it was a deliberately-placed spike. The hole had been drilled in the log, the spike had been put in the log, and then it had been siliconed over.”

Production stopped at the sawmill, and staff found a further five bolts in logs using metal detectors. The other sawmill that received spiked logs was Mckay Timbers at Bridgewater. Wayne Booth from Karanja Timbers in the Derwent Valley said he received the logs on Tuesday and discovered the bolts. (ABC News: Alexandra Humphries).

Mr Booth said the incident could have been deadly. “That person standing in front of that saw yesterday was my son — he might not have come home and that makes you sick to the core,” Mr Booth said. “The saw can’t cut steel, so the saw either shatters, teeth fly off the saw, or the bolt spike itself will get thrown out. That travels at about 5000 feet a minute, and if someone’s standing in front of that it becomes a bullet.”