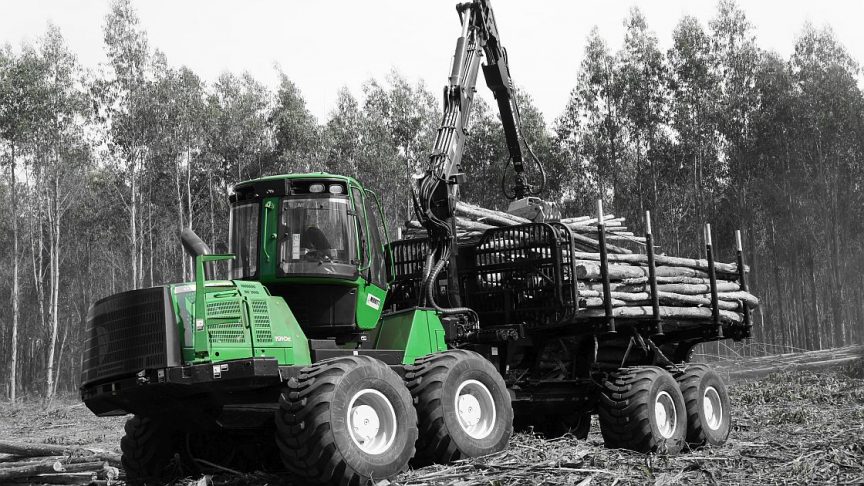 Damage to trees and logs during harvest and transportation can result in significant losses of wood volume and value. To prevent this, researchers are investigating productivity losses, costs and the extent of stem breakage associated with two different types of harvest system machinery.

The study was conducted by the University of the Sunshine Coast Forest Research Institute and focused on clear-felling operations in a 29-year-old Pinus radiata plantation in Eastern Victoria. The team compared the most commonly used two-machine harvester/forwarder system with the less prevalent three-machine feller-buncher/processor/forwarder system.

The goal was to determine whether using the three-machine system would result in reduced stem breakage during felling and equivalent or improved productivity levels and running costs, when compared to the more familiar two-machine system.

Overall, the three-machine system was observed to be more productive. It resulted in considerably less stem breakage during felling than its two-machine counterpart, with just two broken stems compared to 21. However, the three-machine system was around 41 per cent more expensive to run, based on cost per cubic metre of logs delivered to roadside.

In drawing their conclusions, the researchers took into consideration two important factors. First, broken stem sections are often used for the creation of chip logs. Second, losses of saw log volume due to stem breakage are unlikely. Financial losses resulting from the extra breakage experienced when using a two-machine system were therefore considered insignificant when compared to the total extra cost of logs delivered to roadside when using the three-machine system.