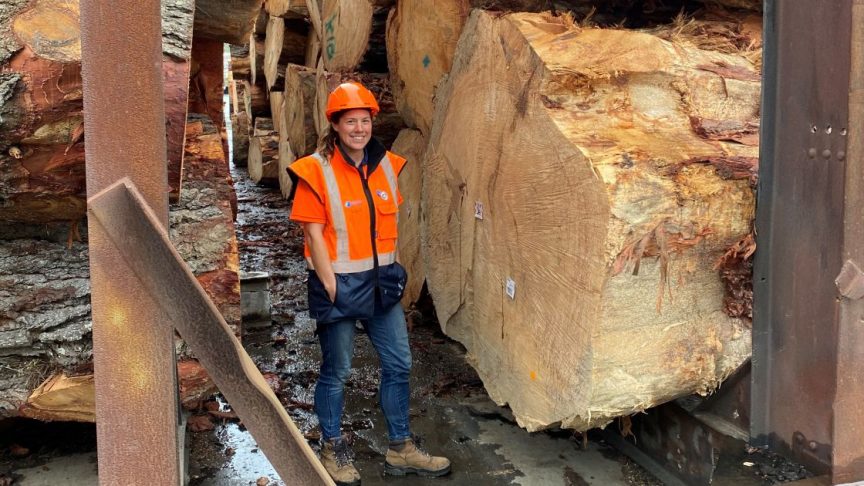 Murray Logging owner Andrew Murray said cutting the trees and getting them on a truck was laborious. They were cut from Manuka Gorge in Otago, NZ and were about 80 to 100 years old, he said. Once they were cut down the trees were impossible to move whole and had to be cut into logs wherever they fell.

The largest of the Radiata pine logs weighed about 12 tonnes. The loggers had to chain up the logs and use a grapple to drag them on to the truck. The process took a lot of “wiggling and jiggle” and “heaving and hoing”. It took a lot of time to handle just one tree and they could only do two or three a day.

City Forests marketing and logistics manager Kent Chalmers said the logs were being shipped to the Port of Incheon, the industrial area of Seoul, South Korea. The logs would be used for traditional style Korean furniture, in a similar style that New Zealanders might use a slab of macrocarpa as an outdoor table, he said.

“They like it because of the character and because they are so old, they are very dimensionally stable.”